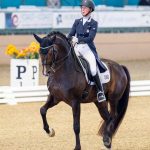 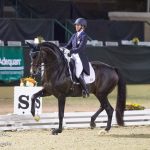 By KENNETH J. BRADDICK on Dressage News Sabine Schut-Kery is weighing the next goal for the 12-year-old stallion Sanceo after the successful launch of the pair’s Big Tour career at the newly created Adequan West Coast Dressage Festival.

16 Things to Know About the Dressage Stallion Sanceo 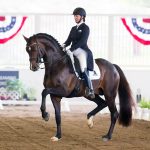 By Nina Fedrizzi | Jan 18, 2017 Talking to trainer Sabine Schut-Kery, it’s hard not to get excited about one of America’s most promising young stallions, Sanceo. Owned by Alice Womble-Heitmann and Dr. Mike Heitmann, Sanceo has been quietly rising in the U.S. dressage rankings since being

Sabine Schut-Kery: From Paddock to Grand-Prix 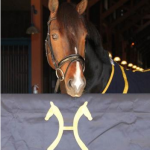 BY: Kristin Karlisch for the Hannoveraner Verband e.V. We are proud to announce that we have been able to recruit Sabine Schut-Kery to become part of the Hanoverian Team. Sabine is based in Thousand Oaks, California, where she is training her horses, among them the now 10-year-old 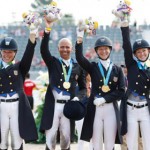 While watching the second round in dressage our reporter and photographer for the Pan American Games, Diana De Rosa wrote her observations, as if she did not have enough to do to keep her busy. As the person who has covered every Olympic Games, World Equestrian Games, and Pan American games for HorsesDaily.com since we began in 1997, Diana has the knowledge and understanding of all disciplines, although she admits Dressage is not her strongest sport. Given there was no live streaming of the event, we wanted to share her observations and some detail with our readers. 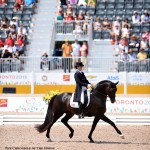 In the press conference after the awards ceremony for the Dressage team medals at the Pan American Games in Toronto, Canada, Olympic veteran Steffen Peters admitted he was worried. Even though the U.S. sent a top level team to the Games to help insure their victory, Canada had sent an equally strong team. A team that was good enough to beat the Americans. While in the end it was Team USA that took the Gold Medal and their ticket to next year’s Olympic Games in Rio, it could just as easily have been Canada standing on that center podium.

Caledon, Ont. – Excellent performances by all four members of the U.S. Pan American Dressage Team over two days at the 2015 Pan American Games resulted in a Team Gold medal win and direct qualification for the 2016 Olympic Games in Rio de Janeiro, Brazil. The team, composed of Sabine Schut-Kery and Alice Womble’s Sanceo and Kimberly Herslow and Kiroli Enterprises LLC’s Rosmarin in the Small Tour, and Laura Graves and her own Verdades and Steffen Peters and Four Winds Farm’s Legolas 92 in the Big Tour, was focused and consistently excellent to end on an overall score of 460.506. Both Graves and Herslow marked personal best scores in the FEI Grand Prix Special and Intermediaire I tests, respectively. 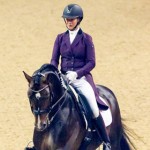 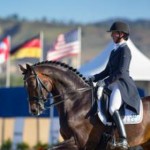 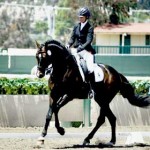 Over two days due to the large number of entries, the FEI Prix St. Georges class sponsored by the Chesapeake Dressage Institute produced the top three results all from the USA. Sabine Schut-Kery (USA) won the large class of 48 aboard 2006 Hanoverian stallion Sanceo, scoring a 71.184%.